With all eyes on the Indo-Pacific, a burgeoning tech alliance is taking shape in the Euro-Atlantic 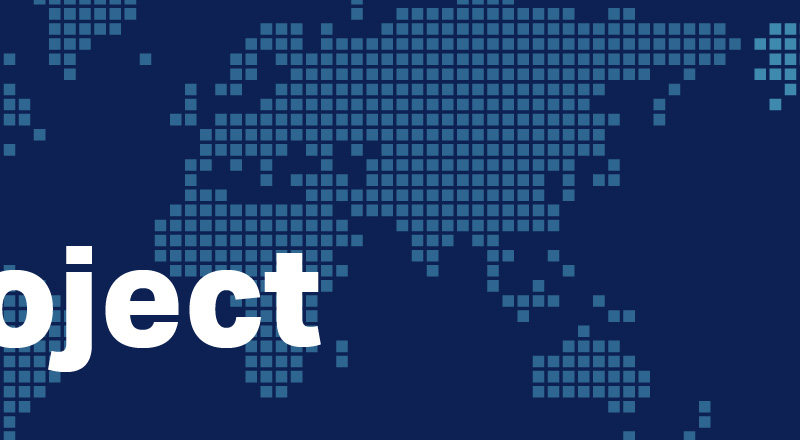 Tyson Barker is head of the Technology and Global Affairs Program at the German Council on Foreign Relations (DGAP). He previously worked at Aspen Germany where, as deputy executive director and fellow, he was responsible for the institute’s digital and transatlantic programs. Prior to that, Barker served in numerous positions including as senior adviser in the Bureau for European and Eurasian Affairs at the U.S. State Department.

On September 29-30, in a converted steel mill in Pittsburgh now serving as a startup accelerator, three top Biden cabinet members and two top EU officials huddled to launch the U.S.-EU Trade and Technology Council (TTC). The TTC — if it takes root — could be a Euro-Atlantic answer to the Quad in the Indo-Pacific: an embryonic tech alliance and a building block for a new democratic tech arrangement.

When looking at the tech-foreign policy nexus in political Washington, all eyes seem to be on the Indo-Pacific — particularly China. But in data, software and hardware, the U.S.-EU relationship remains an equally if not more important tech corridor. For a sense of proportion, Euro-Atlantic data transfers are 55% greater than those between the U.S. and Asia.

With the TTC, the Euro-Atlantic partnership now has a strategic venue to take advantage of this massive democratic, digital corridor, particularly in light of the global geotech race in which the U.S., China and the EU are the three primary actors.

The 17-page Pittsburgh TTC statement outlines a roadmap for future work and a phalanx of working groups tackling critical issues like technical standards, secure supply chains, data governance, foreign direct investment (FDI) screening, green technology, misuse of technology in human rights abuses and open economies. While the word China does not appear once, the joint statement is riddled with language about “non-market economies,” “civil-military fusion” and use of “social scoring” by “authoritarian governments,” all of which are code for China.

The U.S. and EU have both taken note of how standards can be instrumentalized for geopolitical purposes. The U.S. and EU increasingly recognize that their model of letting the private sector set standards has meant losing ground as companies adjacent to the Chinese Communist Party (CCP) colonized standard-setting bodies like the International Standards Organization (ISO) and the International Telecommunications Union (ITU). In light of China’s aggressive moves internationally, the two sides have revived dialogue between the National Institute of Standards and Technology (NIST), the U.S. agency in charge of technical standards, and its EU counterparts. Both want to use the TTC to coordinate their standard-setting strategies, including how they work with the private sector.

Second, COVID disruptions and U.S.-China tech tensions demonstrated the vulnerability of Euro-Atlantic tech supply chains, particularly in semiconductors given the use of Entity List restrictions and the precarious situation of Taiwan’s chip champion, TSMC. The U.S. share of global chip manufacturing has shrunk from 37% in 1990 to 12% in 2020. The EU has experienced an even more dramatic decline, from 44% in 1990 to 8% today. Both Washington and Brussels are committed to reversing that trend. Congress recently passed the $52 billion CHIPS Act in the United States and the coming European Chips Act could draw on the €93 billion Horizon Europe fund, the EU’s €750 billion post-COVID recovery fund and coordinated national semiconductor industrial efforts.

But while in the past this might have drawn fears of competing industrial policies, both European Commission Executive Vice President Margrethe Vestager and U.S. Commerce Secretary Gina Raimondo highlighted in Pittsburgh the desire to “avoid a subsidy race” in technology. Indeed, the TTC’s “dedicated track on semiconductors“ in the “mid to long term” provides a runway for a more ambitious joint agenda to work together on high-end semiconductor production. All indications are that they should coordinate and the Pittsburgh statement emphasized that it should be “balanced and of equal interest for both sides.” It is easy to imagine a transatlantic consortium with a “Mega-Fab” project — the largest green field project in Europe — at its heart.

Third, in the wake of restrictions on Huawei 5G equipment, new revelations about Xiaomi phone censorship in Lithuania and buying sprees of companies like Tencent across Europe, both sides are taking a hard look at how they manage foreign flows of critical technology. Levers like export controls, FDI screening and trustworthy vendors are all on the table. In the past, the EU and U.S. have implemented dual-use export controls along traditional bases: nuclear, chemical and biological but also increasingly on cyber.

But recent developments have created new challenges in governing digital spaces, particularly around investment screening and trustworthy vendors. Regulators are also worrying about how to preserve democratic data spaces and protect research and IP in areas like AI, semiconductors, 5G, gaming, AR/VR technology and perhaps even digital services and smartphones. It will be increasingly important for American agencies like the Bureau of Industry and Security (BIS) and the Committee on Foreign Investment in the U.S. (CFIUS) to create channels for intelligence sharing with their European counterparts as EU member states expand screening and market access restriction capabilities.

If it works, the TTC could be the apparatus through which the U.S. and EU write the global rule book governing technology companies. In recent years, the EU has felt compelled to go it alone regulating digital technology, taking the lead in areas like data protection, content moderation and the market power of online platforms.

While some in Washington appreciate Europe’s efforts in the absence of meaningful U.S. regulation (Washington has been perceived as wholly absent from tech foreign policy in the Trump years and captured by Big Tech in the Obama years), this so-called “Brussels Effect” has also created tension, particularly on data flows and the future of digital antitrust.

Free data flows between the Atlantic hang in limbo after a 2020 GDPR-based court ruling invalidated the Privacy Shield, the primary “passport” for European personal data into the United States. On the antitrust side, major players like Meta (Facebook), Amazon, Google and Apple are fighting hard to water down the EU’s signature law against the market dominance of online platforms. The Biden administration itself has not yet settled on a clear position.

More broadly, many Europeans remain skeptical about the U.S. as a partner. The Snowden affair (which revealed widespread NSA hacking of European leaders), Trump’s 2016 election, the Cambridge Analytica scandal and most recently the Facebook Papers have led to not only a geopolitical — but also a digital — estrangement in the Euro-Atlantic relationship. In a recent German Council on Foreign Relations Survey, 92.7% of Europeans believe that Europe is overly dependent on U.S. companies for cloud computing, 79.8% on AI and 54.1% on high performance computing. 54% of European stakeholders say they would like to remain independent in a tech confrontation between the U.S. and China, whereas 46% would like to move closer to the U.S.

The transatlantic relationship was built in the industrial era of coal and steel; now, in the digital age of semiconductors and AI, the TTC is a bridge to ensuring the Euro-Atlantic alliance can confront the rise of techno-authoritarianism around the world. Both sides get it. Perhaps that’s what worries them the most.