Will quantum computing remain the domain of the specialist VC? 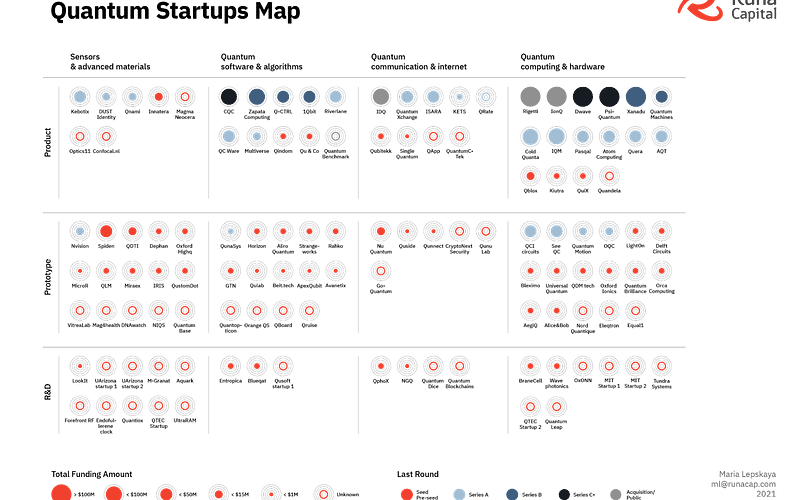 Maria Lepskaya is a senior associate at Runa Capital, leading investments in different branches of quantum technologies and advanced materials.

Market trends are the best indicators we have to judge the maturity of the quantum industry. While they don’t perfectly reflect technological progress, they showcase investors’ willingness to write checks for the industry.

In the next three to five years, quantum computers manufacturers are expected to generate revenue of $5 billion to $10 billion, according to Boston Consulting Group. McKinsey expects the chemical and pharma industries to be the first potential users of quantum computing, enabling the accurate simulation of larger numbers of atoms and molecules, which is not possible today using classical supercomputers.

Although many VCs seem to be new to quantum technologies, some investors foresaw this movement several years ago and are now making their first quantum exits.

Take IonQ, a U.S.-based manufacturer of ion-trapped quantum computers, for instance. The company was founded in 2015, and it went public in 2021 through a SPAC at a $2 billion valuation. Berkeley-based Rigetti will also go public through a SPAC this year, raising $458 million at a $1.5 billion valuation. The company is developing a superconducting quantum computer, which already could scale up to 80 qubits.

IonQ and Rigetti’s IPOs set the valuation benchmarks for the whole industry, which impact the valuations of all quantum deals. More importantly, these IPOs show venture capitalists could make money from the quantum industry without significant commercialization of the technology.

Today, a quantum processor is a complicated device requiring a lab environment. This makes cloud access to quantum processors preferable, which was not possible during the emergence of classical computers. As a result, quantum hardware manufacturers develop their own cloud-based operating systems. Right now, it is hard to imagine someone would build a large quantum OS company as Microsoft did in the 1980s.

“Although technology maturity will still take many years, the future winners in the quantum computing market will be determined in the next two years. We are expecting a first consolidation phase led by the 10 leading full-stack quantum hardware players,” said Benno Broer, CEO at Qu&Co. This is a path the quantum industry may follow, collecting pieces of the stack via acquisitions. 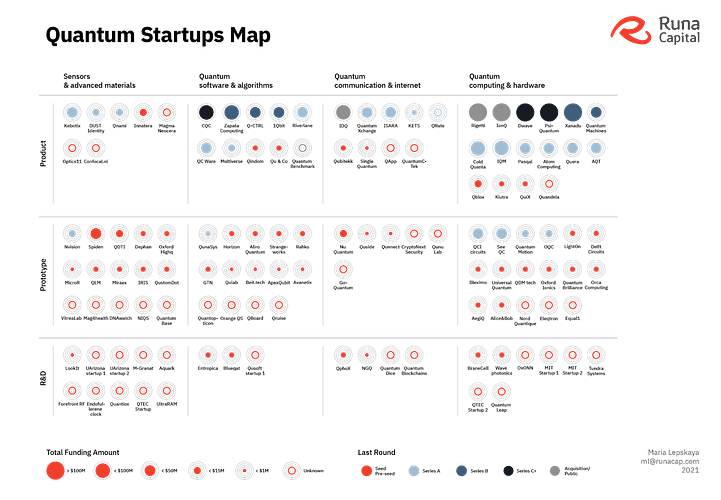