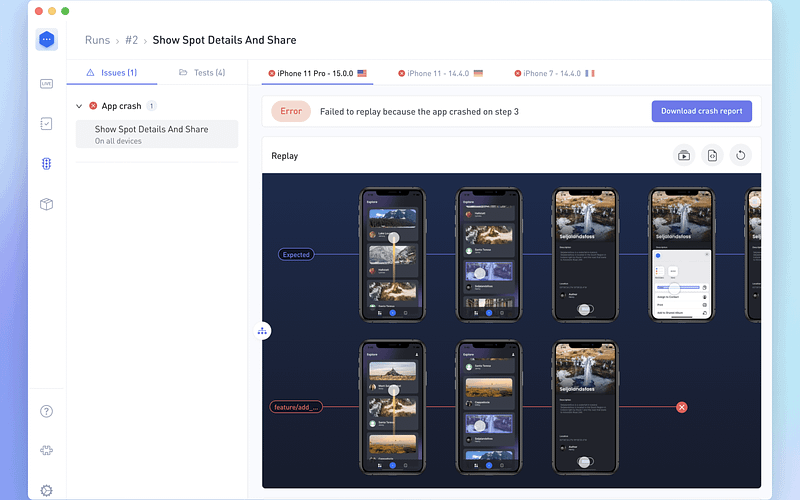 Waldo has raised $15 million for its “no code” automated testing tool. Mobile development teams using Waldo can set up tests without writing a line of scripting code. It then seamlessly integrates in your continuous integration (CI) pipeline.

Joshua Zelman from Insight Partners is leading today’s Series A round, with participation from Matrix Partners and First Round Capital. Some business angels are also investing, such as Nicolas Dessaigne, Ben Porterfield, Tyler Gaffney and Keenan Rice. With the new funding, the company wants to hire more people and nail down its go-to-market strategy.

The best way to understand Waldo is by talking about mobile testing first. Small development teams usually rely a lot on real-life testing. They keep several smartphone models and run a development build of their app on those devices. If someone goes wrong, they track the bug and try to fix it.

Waldo thinks there is a third way. Over the past four years, the startup has built a testing platform that is both easy to set up and easy to maintain. When you start using the product, you upload the app package to the platform — the .ipa or .apk file that you get from your development environment.

After that, Waldo runs your app in a browser window. It’s a live version of your app and you can interact with it just like in a local emulator. For instance, you can tap on buttons, enter a login and password and swipe your finger across the screen.

Waldo records every step of your test. If you choose to use this test in your production environment, then Waldo will go through the same steps and alert you if there’s an issue — if it can’t reach the final step of the test. Tests are triggered directly from your continuous integration workflow, which means that your app is automatically sent to Waldo when you commit some new lines of code to your Git repository. 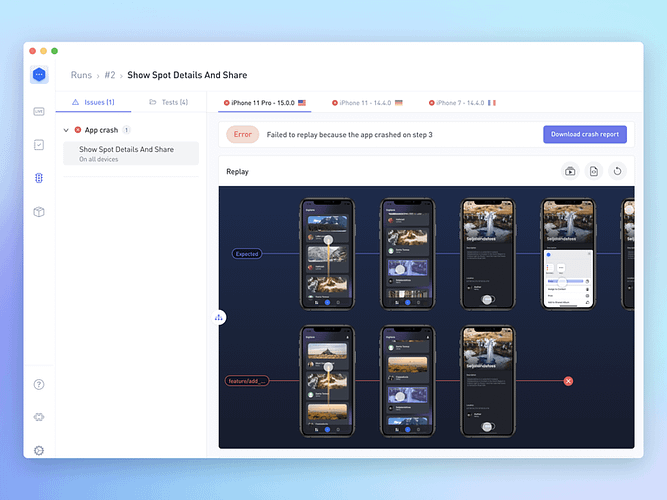 What makes Waldo work well over time is that it understands the screen structure. For instance, you can go back to your test and identify elements of the screen. “Imagine you’re opening the web inspector on a web page and looking at the HTML,” co-founder and CEO Amine Bellakrid told me.

This way, you can say that screen similarity should be above a certain threshold and you can configure some elements manually. For instance, you can select a text box and say that it’s fine if it’s in another language.

Over time, after tweaking your test so that it passes and fails as expected, you get a real end-to-end testing platform. Waldo doesn’t just look at the user interface, it also interacts with the app and checks analytics events. For instance, if you’re running a Waldo test against your production server, Waldo knows that the server is working fine because you can log in without any issue.

Behind the scenes, the company repackages your app and puts some additional code to extract some information about your app. The company then executes the app on a simulator on a server. Waldo also fetches some information from the emulator.

“Our goal is to be a pipeline breaker, we are the last test before you ship to the App Store,” Bellakrid said. Some customers like Alan don’t have any QA team as they want developers to take care of QA. Others like Lemonade already have QA teams but think they can save time and improve their workflow with a product like Waldo.

“In mobile, speed is what separates winners from losers,” Bellakrid said. And testing has been a bottleneck for many mobile development teams. Once your start chaining Waldo tests, you can cover a lot of testing ground and ship faster.