VR and AR continue to simmer at CES 2022 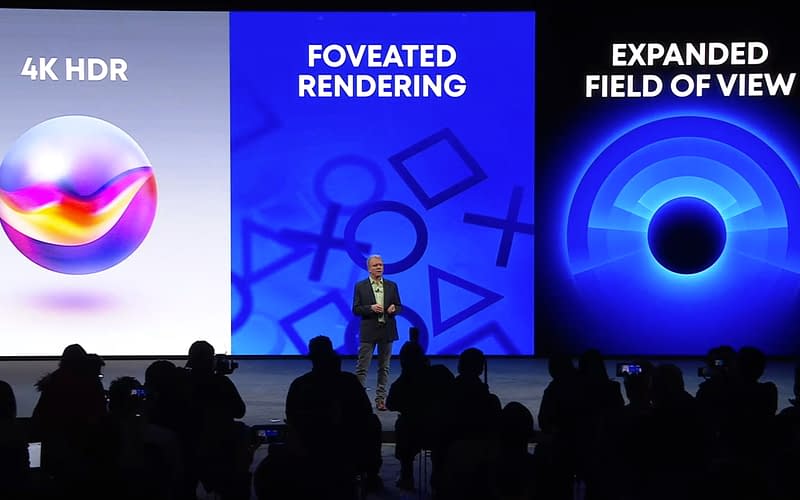 It has somehow, inexplicably, impossibly been almost 10 years since the original Oculus Rift hit Kickstarter.

A decade of development later, VR headsets have gotten better and better — but it’s safe to say, at this point, that VR’s adoption will be … gradual. If we’re all destined to end up with headsets (be they VR, AR or some mix of the two) strapped to our faces, it’ll be less about one-big-thing* and more the result of a thousand tiny steps. A Beat Saber here; a Supernatural there. Incrementally better/lighter/faster headsets. Maybe folks get used to using headsets for training purposes at work. Maybe everyone suddenly agrees on what a metaverse is.

This bit-by-bit advancement held true this year at CES. There was plenty of VR/AR news, none of it earth shattering — but each another step in the progression.

(* the one potential meteor strike, of course, being if Apple does what it loves to do and swoops in late, drops its version and turns the category on its head. That’s been the rumor for a while now.)

Let’s recap the biggest VR/AR bits from the show. 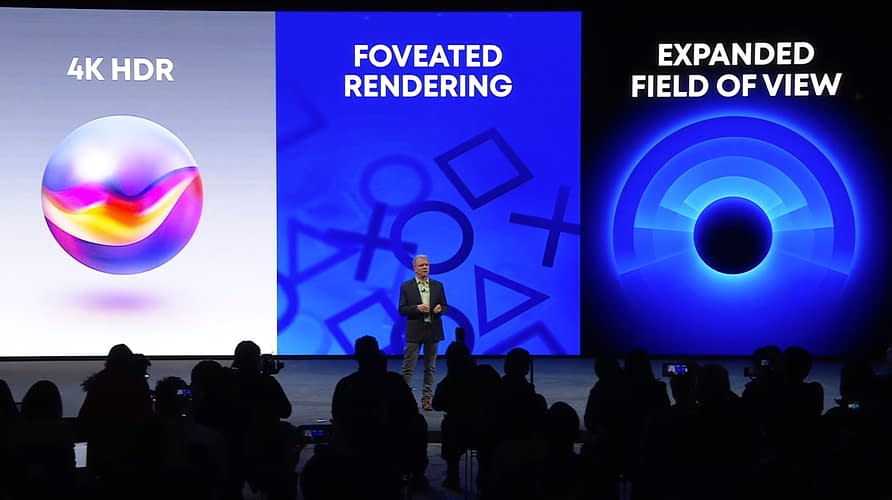 We’ve known for a while now that Sony has been working on a next-gen headset for the PlayStation 5, following up on the PS VR headset it released in 2016. But beyond a kind of light “We’re working on it!” announcement back in early 2021 and some details about the controllers a few months later, they hadn’t shared many specifics.

They’re still keeping some cards close, but they shared a few more details on what’s now officially known as the PS VR2. Such as:

What’ll the headset look like? Unknown! When will it actually ship? TBD! But with the PS VR being one of the few headsets to even kind of rival the Oculus Meta Quest in terms of ease of use, it’s nice to see Sony continuing to build here.

What’s the best way to handle input in VR? Most of the popular headsets have settled on some sort of controller in each hand. What if you just make your hand the controller, instead?

Hand tracking isn’t a brand new idea, of course. Companies have come and gone with hand tracking as their primary focus.

But HTC’s approach here is a bit different. Instead of relying entirely on cameras, they’re hoping you’ll strap sensor-packed bands to each wrist to help the system track what the cameras can’t see — like when one hand is obscuring the other, or you’ve got your arm back behind you for a golf swing. The company also demonstrated the sensors working while attached to other objects, like ping pong paddles and a NERF gun.

The company says the sensors should start shipping later this year for $129. One catch? For now, at least, it’ll only work with HTC’s Vive Focus 3 headset.

VR headsets have gotten a whole lot sleeker over the years, but they’re still pretty beefy. How much smaller can they really get, though?

Panasonic subsidiary Shiftall has been working on an “ultra-lightweight, ultra-high-resolution” headset called the Meganex. With speakers built into the frames and a 1.3″ (2560×2560) display for each eye, they end up looking more like a massive pair of steampunk sunglasses than a headset. While designed to be lightweight and foldable, don’t expect to move around too much in these ones — you’ll need to attach them to computer via USB-C to do the heavy graphical lifting.

Shiftall says these should ship this year for “less than $900.”

Microsoft already uses Qualcomm chips for their HoloLens headsets, but the companies made things a bit more official this week. At Qualcomm’s keynote it was announced that the two will work together to develop chips built specifically for use in AR headsets, with said chips supporting each of their augmented reality development platforms (Microsoft Mesh and Snapdragon Spaces.)

It’s not flashy hardware, but it’s potentially important on the software side of things: Nvidia this week opened up Omniverse, its collection of tools for helping 3D content creators work together in real time.

Writes Frederic Lardinois in his post on the news:

Omniverse is Nvidia’s platform for allowing creators, designers and engineers to collaboratively build virtual worlds. It’s the company’s platform that brings together design tools and assets from first- and third-party applications into a single hardware and software ecosystem. Until now, Omniverse and the various Nvidia tools that support it were in beta, but at CES today, the company took off the beta label and made Omniverse generally available to creators.

This one seems mostly like a concept for now, so … well, don’t fall in love just yet. But TV/phone/air conditioner maker TCL is dabbling in the AR glasses space, pitching something akin to Google Glass in a package that looks much more like a standard pair of specs. “Holographic optical waveguide technology” pushes visuals onto the lens and into your field of view, and their concept video above promises touch-based controls built into the frames.