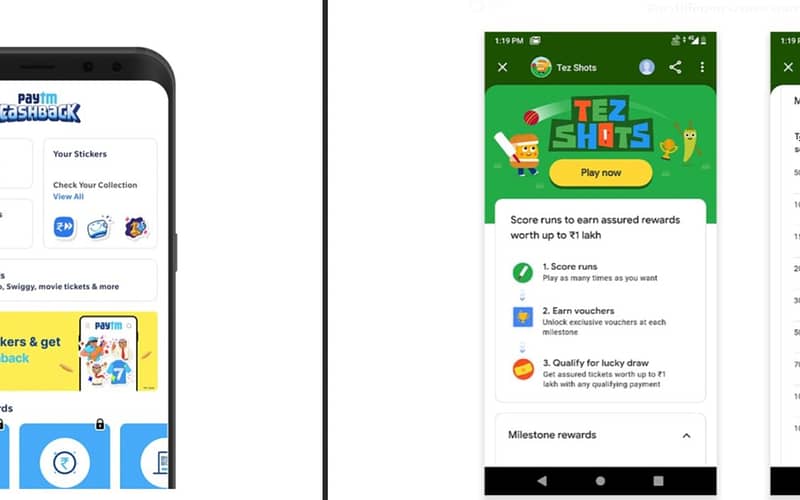 Last week, as Epic Games, Facebook, and Microsoft continued to express concerns about Apple’s “monopolistic” hold over what a billion people can download on their iPhones, a similar story unfolded in India, the world’s second largest internet market, between a giant developer and the operator of the only other large mobile app store.

Google pulled Paytm, the app from India’s most valuable startup, off of the Play Store on Friday. The app returned to the store eight hours later, but the controversy and acrimony Google has stirred up in the country will linger for years.

TechCrunch reported on Friday that Google pulled Paytm app from its app store after a repeat pattern of violations of Google Play Store guidelines by the Indian firm.

Paytm, which is locked in a battle against Google to win India’s payments market, has been frustrated at Google’s policies — which it argues gives Google an unfair advantage — for several past quarters over how the Android-maker is limiting its marketing campaigns to acquire new users, sources familiar with the matter told TechCrunch.

The explanation provided by Google to Paytm for why it pulled the Indian firm’s app this week from its app store is the latest attempt by the company to thwart the Noida-headquartered firm’s ability to acquire new users, Paytm executives said.

In a blog post Paytm posted Sunday evening (local India time), the Indian firm said Google took issue with the company for giving customers cashbacks and scratch cards for initiating transactions over UPI, a government-backed payments infrastructure in India that has become the most popular way for people to exchange money digitally in the country.

Paytm said it rolled out this new version of scratch cards that are linked to cricket on September 11. Users collected these cricket-themed stickers for sending money to others, or making transactions such as topping up credit on their phone or paying their broadband or electricity bill.

In a statement on Sunday evening, a Google spokesperson said, “offering cashbacks and vouchers alone do not constitute a violation of our Google Play gambling policies” and that Play Store “policies are applied and enforced on all developers consistently.”

But it’s arguably anything but consistent.

On September 18, Google told Paytm that it had pulled its app for not complying with Play Store’s “gambling policy” as it offered games with “loyalty points.” Paytm said that Google had not expressed any concerns over Paytm’s new marketing campaign prior to its notice on Friday, in which it revealed that Paytm app had been temporarily removed from the Play Store.

But Google itself is running a similar campaign linked to cricket in India, Paytm argues. (Why cricket? Cricket is immensely popular in India and one of the biggest cricket tournaments globally, Indian Premier League, kicked off its latest season on Saturday.)

Google Play Store in India has long prohibited apps that promote gambling such as betting on sporting events, and Google has raised concerns about Paytm’s marquee app promoting Paytm First Games, a fantasy sports app run by Paytm, in the past.

Paytm executives argued that PhonePe, a Walmart-owned payments app in India, also promoted Dream11, the most popular fantasy sports app in the country, and got away without any action.

Where is Google hypocritical? Fantasy games not allowed on the play store. But they can advertise on Google search. Cc @vijayshekhar

Top of the list is an app they banned today. pic.twitter.com/4USUD92kSc

“This is bullshit of a different degree,” Paytm chief executive Vijay Shekhar Sharma said of Google’s objection to Paytm offering cashback in a televised interview Friday. The removal of Paytm app was only on the grounds of Paytm offering cricket-themed cashback, he claimed. “Google is not allowing us to acquire new customers right now. That’s all what this is,” he added.

Without identifying any names, Sharma, the poster child of Indian startup ecosystem, claimed that many founders in India have just accepted that it is Google that has the final say on any matter in India — and not the country’s regulatory agencies.

For Google, which reaches more users than any other company in India and whose Android operating system commands 99% of the local smartphone market, this kind of accusation is exactly what it needs to avoid in the country. The Silicon Valley search and advertising giant has launched a charm offensive in India, including a recently commitment to invest $10 billion — more than any other American or Chinese technology firm.

The timing for Google’s parent company, Alphabet, couldn’t be worse. Google is currently the subject of an antitrust complaint in India over an allegation that it has abused its market position to unfairly promote its mobile payments app in the country; and in the U.S., Congress has intimidated that it may pursue antitrust regulatory action against Alphabet and Apple over app store concerns.

In India, Google’s moves could have a devastating impact on businesses and everyday consumers.

Paytm is not just a payments app. It is also a fully licensed digital bank. And just an eight-hour of absence from the Play Store created a panic among a portion of its users. A source familiar with the matter told TechCrunch that Paytm saw several people withdraw their fixed deposit in Paytm Payments Bank on Friday.

Anecdotally, TechCrunch heard of instances where vendors who previously preferred Paytm for accepting money digitally asked their customers to use a different payments method as they had heard that Paytm was “banned” in India.

Sharma said Google’s monopoly on Indian app ecosystem is of a magnitude unparalleled elsewhere in the world.

“If paying someone and getting a cashback is gambling, then the same rule should be applied to everyone,” said Sharma. “It’s disgraceful that we are standing here at the cusp of an internet revolution in India and we are being sanctioned by companies that are not governed by the law of this country.”

If this sentiment gained traction in India it could create challenges for Google’s future in the world’s second largest internet market.

Meanwhile, the U.S. is forcing a Chinese company to sell stakes to local firms to continue operations in the country. In a recent episode of Dithering podcast, Ben Thompson cautioned that Trump administration’s move — which some have argued is a long due tit for tat against Chinese companies (as China has long prevented U.S. firms from meaningfully operating in the world’s largest  internet market) — might encourage other open markets to do to American firms what it is doing to TikTok.

The problem with this TikTok deal is that the US is the largest player in tech globally. You can do this move once or twice, but we have far more to lose long term by setting a precedent like this.

“I’ve said this before, but a US TikTok ban would be quite bad for Instagram, Facebook, and the internet more broadly,” Instagram chief executive Adam Mosseri tweeted earlier this week. “If you’re skeptical keep in mind that most of the people who use Instagram are outside the US, as is most of our potential growth. The long term costs of moods countries making aggressive demands and banning us over the next decade outweigh slowing down one competitor today.”

India, which Google, Facebook, and many other tech giants count as their biggest market by users, has made several proposals in the past three years — including mandates that foreign firms store payments information of users locally in India and companies help local enforcement agencies identify the originator of questionable messages circulating on their platforms — that are widely seen as protectionist moves.

And India is not even that open anymore. New Delhi has also banned more than 200 Chinese apps including TikTok, UC Browser, and PUBG Mobile citing cybersecurity concerns in recent months. India has not made public what those cybersecurity concerns are and in its orders acknowledged that users had expressed concerns.

Enough noise against a foreign firm might just be enough to face an avalanche of serious troubles in India.