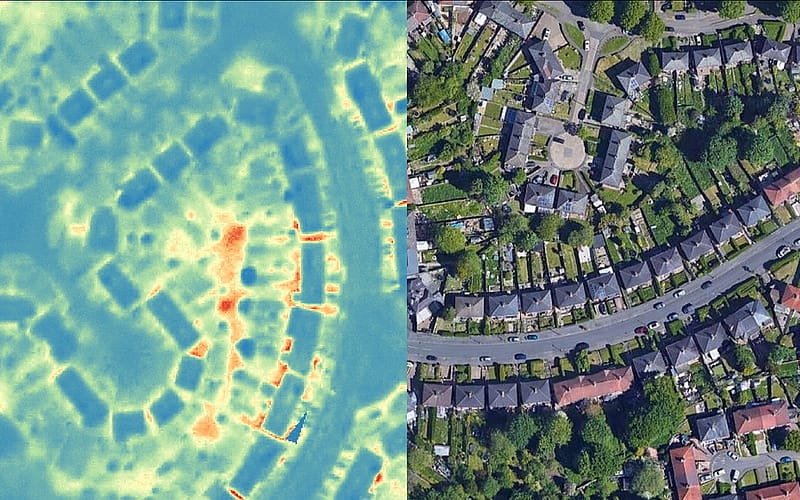 Earth observation has grown from government-run missions to a crucial everyday business tool, but it still has room to grow. Specifically, into the thermal infrared spectrum, if startup Satellite Vu gets itself into orbit. The company plans to be able to monitor the heat signatures of most of the planet’s buildings with a satellite constellation built for the purpose.

Presenting today at TechCrunch Disrupt Startup Battlefield, Satellite Vu co-founder and CEO Anthony Baker explained the huge market for anyone who can tell with precision how much heat is being emitted by buildings, fields and other features.

Heat could indicate poor insulation, for one thing, and a waste of energy on HVAC. It could show the true (not reported) hours of operation at a factory or mine. It could track burning natural gas or waste emissions from refineries. With a resolution of 3 to 4 meters — an order of magnitude or more better than what’s out there — it might even be able to estimate the attendance of outdoor events or, for that matter, troop concentration in warfare. And of course it can do all this in the dark of night.

Baker told TechCrunch that he felt the Earth observation business, despite producing successful endeavors like Planet, still had lots of room to grow.

The tech behind it is both new and old. Infrared detection goes back decades, but doing so from orbit to within a fraction of a degree, and at this level of detail, is a very different proposition. The tech Satellite Vu is based on began as an Oxford-developed sensor for the Lunar Trailblazer orbiter that would look for water on the Moon’s surface; the company has an exclusive license to it.

“We took the sensor and space-hardened it, and did all the ‘new space’ stuff,” i.e. things like miniaturization and power optimization, Baker said. The problem with making the device smaller and more efficient, though, is “it affects the image — distorts it and blurs it. So we found a way to deal with that.”

Satellite Vu follows in the footsteps of Apple, Google and others, which in attempts to improve their smartphone cameras have found that there’s precious little improvement to be gotten out of the hardware, and instead focused on the software. 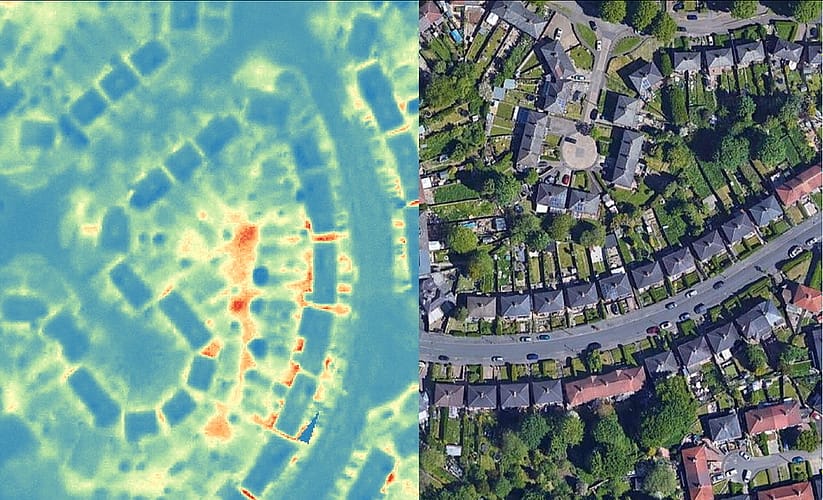 Like those of tech companies, Satellite Vu’s system collects information from dozens of sequential images and interprets that into an improved single one.

“We stack the images, and we can get a higher resolution, get rid of aberrations in it, do lots of other things. And it’s all patentable,” Baker added.

The result is a remarkably cheap satellite: maybe $15 million, and the company only needs 7 to get the worldwide coverage it plans to offer. For comparison, Baker said, the European Space Agency just greenlit a €500M project that would collect thermal imagery at a 30-meter resolution (smaller is better).

Competition in Earth observation is strong, but in this particular niche it’s practically non-existent in the commercial space. Planet’s satellites can see near-infrared spectra, but that’s not enough to get detailed heat data. There are military satellites and some from NASA or ESA, but they tend to be old, special-purpose, classified, or all three. Getting regular thermal imagery from orbit from a commercial provider isn’t really a possibility. Drones and high altitude flights are an option but not quite the same thing. And while there are a couple startups looking to get into the same domain, there’s probably room for everyone.

“It appeals to a lot of people, and government agencies around the world want a commercial source for this data,” Baker said. “The easiest market is probably ESG [environmental, social and governance] and green financing. Everyone is investing in green materials and stocks, but how do you know they’re green? No one’s counting. But we can measure it.”

Compliance with environmental law is difficult to monitor, and as new rules are established, new methods for making sure people abide by them are much in demand. It’s also helpful for companies that, for instance, are making voluntary efforts to go green and need an objective record that shows, for example, that their buildings are heated or cooled at certain efficiencies or that their datacenters operate at certain capacities and hours.

The clear demand for this service makes the daunting “We’re building a satellite” business model a little less daunting for investors. “They want to know where you’re going to make your first dollar. So if customers are willing to put money on the table, VCs will too,” Baker said. Right now the company is operating on grant money, but will soon need the kind of cash those programs don’t tend to part with all at once.

The future of photography is code

The immediate plan is to demonstrate the sensor in a series of flights using traditional aircraft, after which customers will, Baker hopes at least, start throwing money at them. Letters of intent (of which Satellite Vu has eight figures worth) are all well and good, but nothing beats a good old fashioned contract.

The best news is that launch costs, which might have grounded a company like this a few years ago, are now down to record lows.

By going to a standard orbit on a ride share with SpaceX’s own Starlink launches, Satellite Vu keeps costs low and can break even with just one or two of its birds in the air. As with visible-spectrum orbital imagery, applications tend to emerge once the data starts coming out, so the company hopes diversify its offerings once it shows the capabilities of its constellation.