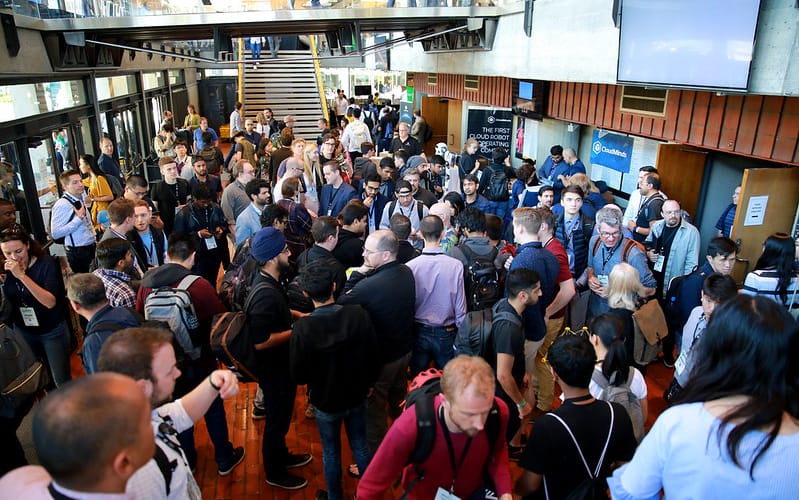 If you’ve visited our site at all in recent months, you’re probably aware that we’ve got a couple of big events coming up. We’ll be in Berkeley in a couple of weeks for our first climate event, which will feature Amp Robotics CEO Matanya Horowitz discussing the role of automation in recycling/material reclamation. Super interesting topic. I’m looking forward to that one.

And on July 21 we’ll be holding our fifth TC Sessions: Robotics event — with a twist. The entire event is going to be online. For free. I’m excited to get this event out in front of as many eyes as possible, so thanks in advance to everyone who attends and helps spread the word here. As I’ve mentioned on these pages before, it’s an event I’ve been thinking about for a long time.

The last TC Sessions: Robotics was also TechCrunch’s last in-person event before the pandemic shut us down. March 2020 was a strange time, but we still managed to put on an event I’m proud of. The minute it ended, I started brainstorming for the next one. After skipping 2021, I’ve effectively been planning this thing for two years, with help from our editorial and events staff, and I won’t hesitate to call it the best event lineup I’ve been involved in putting together.

I’ll be chatting with Marty Walsh, the United States Secretary of Labor. We often find ourselves at events like these discussing the future of work with the companies that design robotics and automation systems, so I’m looking forward to a deep conversation with someone who has such a rich background in the world of trade unions. Bonus: He was also the mayor of Boston until March 2021, so he’s got a deep connection and insight into one of the world’s top robotics hubs.

Also, he apparently introduced a bill to make The Modern Lovers’ “Roadrunner” the official rock song of Massachusetts, which gets some serious bonus points in my book.

I’ll also be speaking with Dean Kamen, the inventor of Segway and iBot, as well as the founder of STEM education organization, FIRST, which is probably best known for its global robotics competitions. And later in the day, I’ll be chatting with Amazon Robotics VP Joseph Quinlivan. If you follow robotics at all, you know how profound a shadow Amazon casts over the rest of the industry. 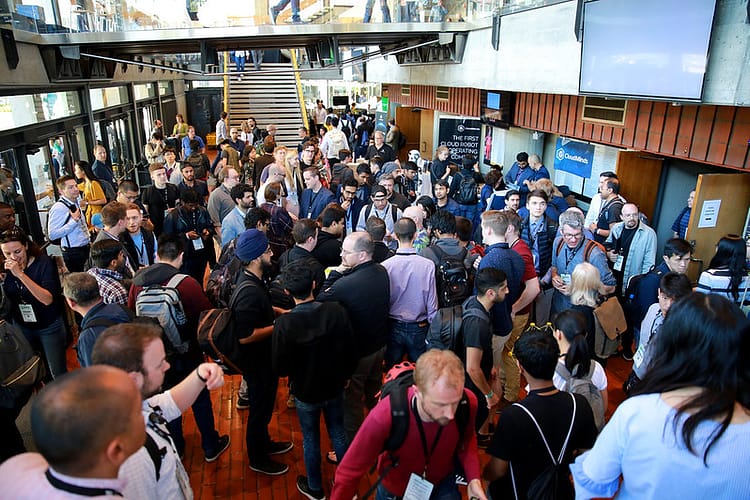 One dream panel we managed to get together is a conversation between MIT CSAIL director Daniela Rus and CMU’s new head of robotics, Matthew Johnson-Roberson. It’s going to be a great one, with two very smart people talking about the future of robotics research. Another dream panel? Rodney Brooks and Clara Vu will be talking about the latest in HRI.

The CEOs of Boston Dynamics (Rob Playter) and Sarcos (Kiva Allgood) will be on a panel to discuss how their firms are commercializing advanced robotics research. We’re also going to be diving into the process of bringing AI research out of the lab and into the startup space with Pieter Abbeel of UC Berkeley and Covariant, Joyce Sidopoulos of MassRobotics and Milo Werner of VC firm The Engine.

Fulfillment being the massive topic it is, I’m also really excited to have Rick Faulk of Locus Robotics, Jessica Moran of Berkshire Grey and Melonee Wise of Zebra Technologies/Fetch to discuss that world. It wouldn’t be a TC event without some VCs, so we’re bringing together DCVC’s Kelly Chen, Playground Global’s Bruce Leak and Founders X Ventures’ Helen H. Liang to discuss what they’re the most bullish about in robotics investing.

If all of that doesn’t excite you, I don’t know what to tell you. Though we’re going to sweeten the pot a bit with some great robotics demos that we’ve got in the works. More info on those soon. There’s honestly never been a better time for an event like this. Robotics investment and innovation have exploded during the pandemic.

Go here to view the entire agenda and register for your free tickets.

A new report out this week from the Association for Advancing Automation states workplace robotics orders surged 40% in the U.S. for Q1 of 2021, versus the same time last year. Things may be opening up, but the labor crunch isn’t going away any time soon, and companies are increasingly looking at automation as a solution for staffing crunches.

And while VC investments have slowed down generally, as I mentioned in a recent newsletter, this world is bucking that trend. Robotics, AI and automation are on track to have another banner year, because after decades of discussing the future, it’s finally here. I’m excited that we’ve got the opportunity to share some of that with you.

And did I mention it’s going to be free?

One of the more interesting pieces of news this week is the return of Misty Robotics. I’d met with the company a few times at CES over the years, and was excited to watch them progress. This is a tough business, though. Earlier this year, the company was acquired by the strangely named Swedish firm Furhat Robotics, which promised “unified visions” between the two. This week’s Misty relaunch points the way forward.

Fittingly, like Sphero, the Colorado-based company that birthed it, the new Misty is set to pivot toward the potentially lucrative world of education. Specifically, the company will be focused on STEM learning and various research sectors, including conditions like Alzheimer’s and autism.

Here’s what Furhat CEO Samer Al Moubayed had to say about the move:

There was always great synergy between Furhat and Misty and with this launch you can see how that’s playing out. We’ve updated Misty’s conversational capabilities with a focus on natural language understanding and conversational skills. We also believe that social robots need to reach a much wider sector of society, and be part of the educational system, to prepare the next generation of talent. Misty is designed especially to optimize learning and engagement, and has both an attractive and rich design, and very advanced sensors and hardware, making it unique in the market today.

Matthew Johnson-Roberson, who’s going to be speaking at TC Sessions: Robotics, as mentioned up top, also spoke with Rebecca this week about his robotic delivery firm, Refraction AI. The company is teaming up with Chick-fil-A for deliveries in downtown Austin. Refraction is aiming for a delivery time of 10-12 minutes using its REV-1 robots.

“One of the things I didn’t anticipate is the critical nature of the quality of the food delivery experience for big brands,” Johnson-Roberson says. “They live or die by the fact that people think their food shows up and it’s always good and tasty, and it’s repeatable.”

Speaking of chicken-based fast food chains, Wing Zone is becoming the latest in a long line of restaurants looking at Miso to help automate its kitchens. The company said late last week that it will be incorporating the Flippy 2 robot into the build of all future locations.

With over 100 new shops in our current development pipeline, our technology roadmap relies heavily on strategic partnerships with companies like Miso, a pioneer in the field of food automation, that has the knowledge, data and resources to design robotics solutions that maximize our efficiency and provide a better overall customer experience. Our industry is in dire need of automation, and we are more than ready to deploy it at scale to continue growing our business.

Hey turkey, don’t be a chicken. Subscribe to Actuator.