Review: Nintendo Switch OLED is a boon to handheld users but skippable as a home console update 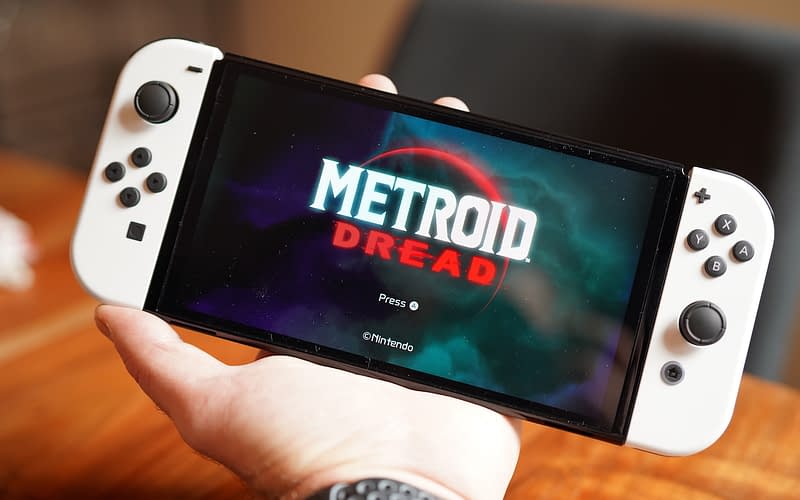 The new version of Nintendo’s hit Switch console is just different enough to justify itself, but hardly a must-buy for any of the millions who bought the launch version. With a bigger, brighter, and better screen, it’s a good choice for someone buying now who intends to use it mostly as a handheld — but if you’re planning or already using your Switch primarily as a stationary console, there pretty much no reason to upgrade. All the same, there will probably be a lot of units moving this holiday season.

Even at the best of times it can be hard to tell what Nintendo’s hardware strategy is, or whether there is indeed a strategy at all. The $350 Switch OLED provides a perfect example of this: at a time when rivals Sony and Microsoft are striving to show that their next-gen console is the most powerful, Nintendo releases an almost identical version of a console that was underpowered when it came out five years ago. Is it faltering? Or is it just that confident?

Signs point to neither — the rumor being that a new new Switch, with upgraded internals and a new screen but identical form factor, was planned for this year but the pandemic and chip shortage rendered this impossible. Making the best of the situation — or so the story goes — Nintendo slapped the OLED screens on the original hardware and is selling it as a minor quality-of-life update, the way it iterated on the 3DS for years. Nintendo has denied pretty much all accounts and speculation, but this story (again, just rumors) has the right smell.

It’s hard to know what to say about the result; on one hand, it’s plainly better than the original. On the other, it’s only better by a small amount, and for some people, no amount at all.

The screen itself is obviously the biggest improvement. I had the pleasure of playing Metroid: Dread on it, and the game’s fast-moving, colorful, high contrast environments looked fantastic on it. The darker darks of the OLED screen made the light areas and colors pop more (though measurements have shown peak brightness is actually lower), and the additional screen real estate, while it looks minimal in photos, does in fact matter in person, making details, UI and text that much more comprehensible.

Oh, and the dust it attracts really stands out on that all-black frontage. 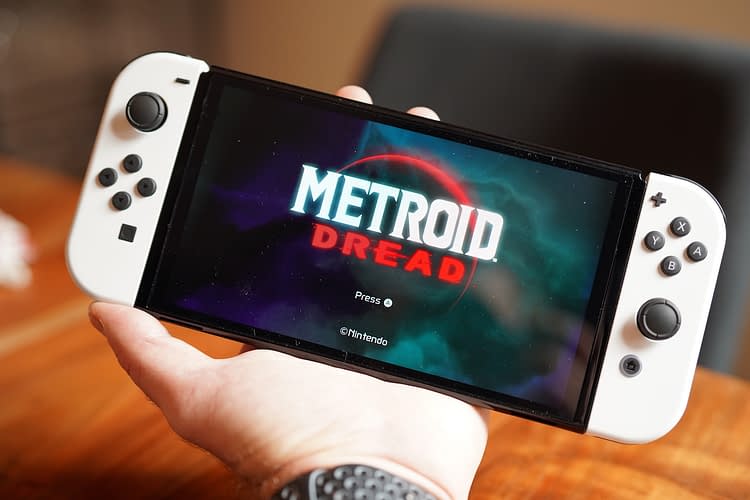 The clarity seems improved in motion by the OLED’s faster individual pixel refresh rate, leaving less of a feeling of one frame blurring into the next. The original Switch’s screen is just fine, to be clear, but it’s clearly outmatched here.

The color has a different cast to it than the original’s LCD, but in games most people won’t notice: a shift towards the green where the old one tends toward magenta to my eye. Interestingly there are “vivid” and “standard” options on the OLED model deep in the settings; “vivid” was pre-selected and I certainly found it pleasant, giving a bit more saturation to the image but not to the point where it’s bothersome.

In addition to this, the build quality feels better in general. The flimsy kickstand has been made far more beefy and adjustable, and the whole thing feels better put together. Although there are no significant changes to the internals, a slightly improved thermal profile should mean it runs a little cooler and uses the fans more sparingly. The speakers have supposedly been improved, but are still pretty much a last resort.

The Switch OLED comes with 64 GB of internal space, which is a nice upgrade from the 32 on the original. Of course everyone is going to put a micro SD card in there anyway, but the system volume is preferred and now there’s just that much less need to archive old games.

If you’re someone who plays their Switch games primarily on the device itself, or plans to, the Switch OLED is simply a superior device. I would not say it’s worth paying full price again to upgrade, but it’s definitely worth the $50 extra should you need to buy a new console after gifting or selling your first. (It’s $150 more than the handheld-only Lite, but to me the tradeoff of no TV mode has always been too much to justify.)

Of course, if you — like me — tend to keep the Switch in its dock at all times except when traveling, almost nothing will change. There is technically a new dock, a bit more solid-feeling as well, and featuring an ethernet connection for those who love wires, but pretty much everything else will be the same for you.

It’s beyond question that the Switch OLED is the best way to play Switch games right now, but even so no one should feel the need to upgrade. Who knows when the next generation of Nintendo consoles will arrive? I think even Nintendo isn’t quite sure on that. So for now hold onto your cash unless your existing Switch is beat up or would do more good in someone else’s hands.