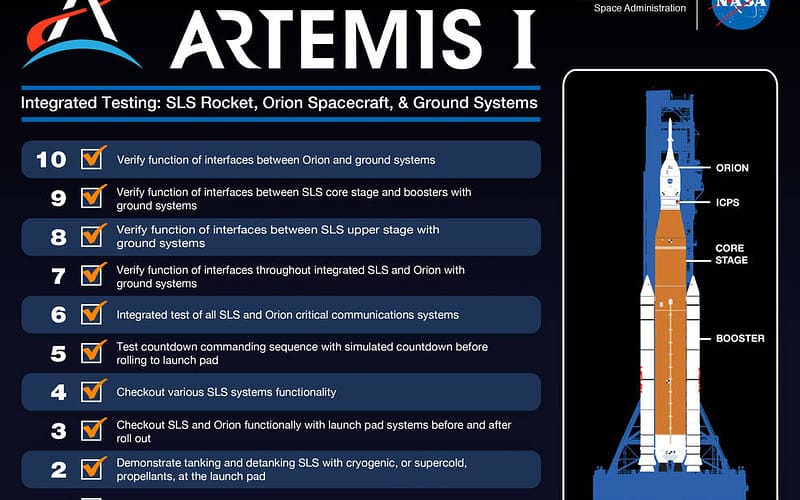 The testing campaign for NASA’s super big, super expensive Space Launch System is now complete, the agency declared on Friday. All that’s left now for the rocket is launch the Artemis I demonstration mission to the moon, the first in a long line of planned missions to eventually return humans to the lunar surface by the middle of the decade. The launch could occur as soon as late August, NASA officials said.

The agency will roll the 322-foot-tall rocket and Orion spacecraft back to the Vehicle Assembly Building, an assembly hangar at NASA’s Kennedy Space Center, on July 1 or 2, where both will be prepared for launch. From there, the agency will have roughly six to eight weeks of work before what should be the final roll-out, John Blevins, chief engineer of the Space Launch System Program, said Friday. Once SLS is back on the launch pad, officials would spend around 10-14 days preparing for liftoff, Cliff Lanham, senior vehicle operations manager for exploration ground systems, added.

NASA declared the “wet dress rehearsal” (WDR), as the slew of tests is called, complete despite a hydrogen leak issue that caused launch controllers to halt the countdown at T-29 seconds (officials aimed to count down to T-9.34 seconds, right before engine ignition).

The leak was detected in the hydrogen bleed line during the propellant loading process, when hundreds of thousands of gallons of cryogenic liquid oxygen and liquid hydrogen were being loaded into the tanks. But despite the leak issues, the agency was able to load both rocket stages’ tanks with propellant, then drain them — major testing pieces that the agency had yet to put into place. 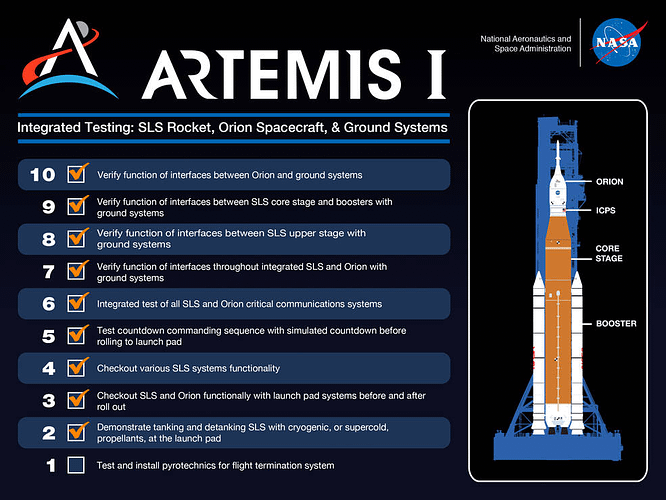 While officials did not give an exact launch date, Tom Whitmeyer, deputy associate administrator for common exploration systems development, said things are looking good for an end of August timeframe.

“We feel getting through the wet dress was a major milestone for us,” he said. “It gives us some confidence that we’re still on a good path.”

The inaugural launch of SLS this year would be 12 years in the making. It was originally envisioned by Congress and NASA as a replacement to the Space Shuttle. It is now designated as the launch system that will eventually return humans to the moon — no small honor, all things considered.