Jack Dorsey dials in on his dream job — bitcoin missionary 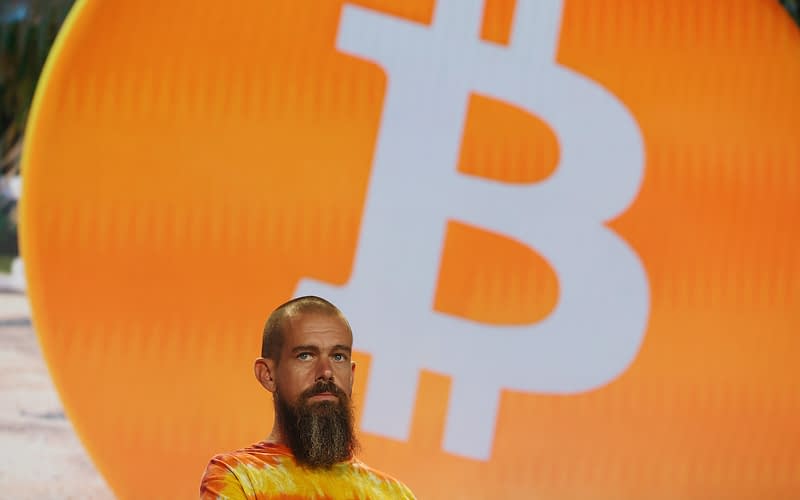 Hello friends, and welcome back to Week in Review!

Last week, we took a break from contextualization for some guides to consumption. This week, we’re looking at what’s happening in the mind of one Jack Dorsey.

You can get this in your inbox from the newsletter page, and follow my tweets @lucasmtny. 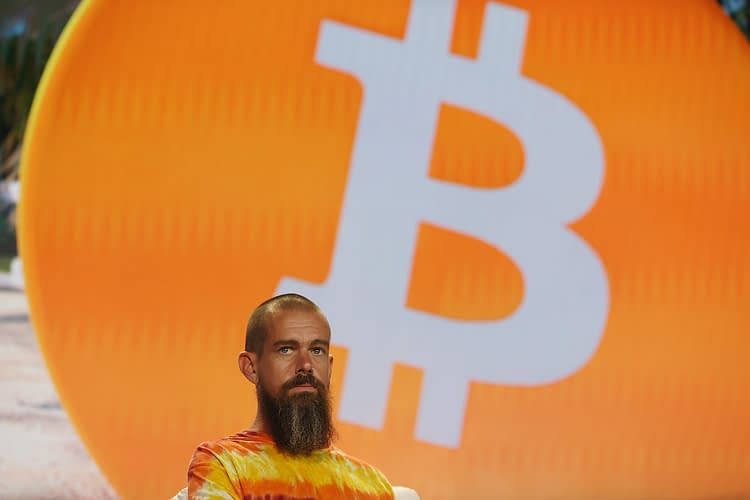 While Elon Musk has shitposted his way to crypto sainthood, Jack Dorsey has been spreading the blockchain gospel far more earnestly than most.

As CEO of Twitter — which he was until Monday when he unexpectedly resigned — the bulk of his most impassioned official communications have not focused on the power of the Twitter platform or even the deep opportunities for his other company — fintech giant Square. The former double-CEO has spent the past year spreading the gospel of bitcoin, and using his multibillion-dollar enterprises to share that same message by pushing crypto-embracing features more aggressively than his peers.

He hasn’t minced words. “#Bitcoin will unite a deeply divided country. (and eventually: world),” he tweeted in August.

At a bitcoin-centric conference in Miami this year, he was even more lavish with his praise: “For me Bitcoin changes absolutely everything. What I’m drawn to the most about it is the ethos, is what it represents, are the conditions that created it, which are so rare and so special and so precious. I don’t think there’s anything more important in my lifetime to work on and I don’t think there’s anything more enabling for people around the world.”

His executive fervor led both Twitter and Square toward embracing bitcoin and blockchain-centric features that sit deep inside platforms relied on by millions. In July, Dorsey said that would be a “big part” of the company’s future. Recent initiatives at Square have included a hardware wallet to store bitcoin and the exploration of building a dedicated bitcoin mining system.

For platforms with a multitude of unsolved and often pressing issues, Dorsey’s seemingly unilateral public focus on the revolutionary power of bitcoin hasn’t always sat well with onlookers, who already worried whether his status as a dual-CEO meant he was less in-tune with the needs of his individual companies. Early last year, activist-investor hedge fund Elliott Management issued a list of demands to Twitter — chief of which was that Dorsey would step down — after quietly bulking up a sizable stake in the company.

Dorsey’s announcement that he was resigning as CEO of Twitter sent the company’s stock soaring Monday. While some rejoiced that Twitter may meet its full potential under a full-time CEO, others speculated on what Dorsey was doing and whether he might be leaving Twitter to start a “web3” company focused solely on bitcoin and blockchain-based technologies. It seems that rather than spin up a new company from scratch, Dorsey has aimed to rethink the existing stack of opportunities inside his other company, Square. On Wednesday, he announced a sweeping rebrand, renaming the fintech company initially known for its little plastic credit card dongles, as Block, a not-so-subtle nod to CEO/founder Dorsey’s deepening infatuation with the blockchain.

Unlike the public companies of yesteryear, which could juice their stock price by adding “Blockchain” to their company name, Square is no penny stock — it’s worth nearly $90 billion already. At this point, it’s worth noting that Square has explicitly indicated that there will not be a wide reorganization accompanying rebrand, though Square Crypto is getting its own brand — Spiral. That said, it’s difficult not to read between the lines, given Dorsey’s bitcoin boosterism and the recent Square initiatives, like hardware wallets and mining rigs, which could re-position the company as crypto-first.

In many ways, Block’s hodgepodge of properties, including music streaming app Tidal and the Cash App, seems like a potential full-stack web3 empire, or it could just mean the opportunity to piss off an awful lot of different stakeholders by haphazardly weaving crypto technologies into products that don’t need them.

Here are a few stories this week I think you should take a closer look at:

UK antitrust watchdog orders Meta to sell off Giphy
Facebook, now Meta, has found itself in a regulatory environment that may leave it struggling to carry out M&A business as usual. The U.K.’s Competition and Markets Authority has ordered Meta to reverse its acquisition of gif giant Giphy and sell off the startup. “The tie-up between Facebook and Giphy has already removed a potential challenger in the display advertising market. Without action, it will also allow Facebook to increase its significant market power in social media even further, through controlling competitors’ access to Giphy GIFs,” one of the group’s leaders said in a statement.

Facebook may have changed its name to disguise consumer distaste for their corporate brand, but its regulatory problems aren’t going anywhere.

Facebook’s top crypto exec leaves company
Facebook’s top cryptocurrency expert is leaving the company after years of plotting an ambitious entrance for the company into the crypto world. David Marcus, a long-time crypto supporter, previously led the company’s Messenger app team. His departure marks another major exit by a long-time Facebook executive — in September, Facebook CTO Mike Schroepfer announced he was stepping down from his role after 13 years at the company.

Despite being one of the most influential execs in the crypto space, Marcus was unable to get too much out the door at Facebook due to regulatory pressure. He indicated in his announcement that he is looking toward entrepreneurial pursuits next.

Twitter revamps safety policy
Twitter’s new CEO found himself in hot water just a day into his tenure as user backlash mounted against the company’s new safety policies. The policies, which were framed as a way to prevent harassment and abuse, outlaw sharing images or videos of private individuals without their consent. “When we are notified by individuals depicted, or by an authorized representative, that they did not consent to having their private image or video shared, we will remove it,” Twitter said in its update. “This policy is not applicable to media featuring public figures or individuals when media and accompanying Tweet text are shared in the public interest or add value to public discourse.”

It’s a very broad rule that’s certain to lead to further controversy. Twitter clearly received more backlash than expected; whether this leads to unexpected consequences in implementation is the broader question.

Some of my favorite reads from our newly renamed TechCrunch+ subscription service this week:

Let’s talk about the SaaS selloff
“…We are not only seeing software stocks flirt with bear-market territory in technical terms, but also a pretty notable pullback in the value of even the fastest-growing technology companies. This means that public valuation multiples — key indicators for yet-private unicorns and younger startups — are shrinking. Have valuations shifted enough to slow the current venture capital bonanza? Probably not. But we could be closer to that tipping point than you’d think…”

Steps to survive and thrive while fundraising
“…So how do you prepare for this important stage in your company’s growth, navigate the challenges of a fundraise, and not let the process overwhelm the responsibility of still running your business? While not every fundraise is the same, founders can tap the experience of others who have been down this path to ensure their fundraising efforts are efficient and, most importantly, successful…“

3 ways to recruit engineers that fly below LinkedIn’s radar
“…Companies can’t let how they’ve hired in the past influence their approach today — doing so means missing not just the quantity of developers, but the quality and diversity of them. The remote revolution didn’t just broaden where we can recruit, it’s expanded who we can bring on board. With that in mind, these are the best ways to tap into the hidden developer gems…”

Thanks for reading! Again, you can get this in your inbox from the newsletter page, and follow my tweets @lucasmtny.