Inside the Uber and Google settlement with Anthony Levandowski 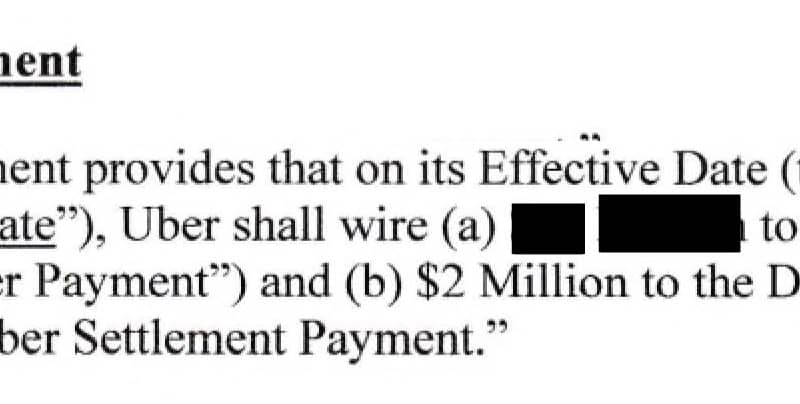 One of Silicon Valley’s most infamous characters has narrowly avoided — yet again — the worst consequences of his actions.

Anthony Levandowski reached a settlement agreement last week that resolves a number of disputes with his two former employers Uber and Google and puts to rest one of the most dramatic and complicated storylines in the autonomous vehicle industry.

Levandowski, an early pioneer in the AV industry left Google and started his own company Otto, which was quickly acquired by Uber in 2016. That acquisition would lead to a trade secrets theft lawsuit that pitted Waymo (the former Google self-driving project) against Uber. Levandowski would ultimately lose his position at Uber and face criminal charges and a civil lawsuit. The final piece of this multi-year legal drama appears to finally be resolved.

Under the agreement, Uber will pay Google a “substantial portion” of the $179 million it was awarded in arbitration in 2019, and which prompted Levandowski to file for bankruptcy. Uber will also pay Levandowski $2 million. A court filing notes that Levandowski’s financial advisor believes the settlement agreement will give him enough cash to pay all the claims against him.

The settlement avoids a potentially embarrassing trial for Uber, and could also mark the beginning of the end for Levandowski’s bankruptcy proceedings. In keeping with Levadowski’s dramatic path through the self-driving world, his legal cases have had many twists and turns of their own.

If the agreement is approved by the court, it would be a triumph for Levandowski, who had been facing financial ruin, and an 18-month federal prison sentence after pleading guilty to a single count of trade secret theft from Google. Levandowski was pardoned in January 2021 at the 11th-hour by out-going President Trump.

Uber is not paying Google the full $179 million amount of the award; the exact figure was redacted in filings and is protected by a confidentiality clause.

However, the physical size of the redacted figure suggests that it is less than $100 million.

Whatever the exact amount is, other creditors in Levandowski’s bankruptcy can either take the same proportion of their claim as Uber is paying of Google’s, plus some extra payments if there is money left over. Or they can take 50% as a single, final payment. That would only be a rational choice if the initial Uber payment is less than half what Google was due.

“Peace among these critical constituencies assures that continued litigation concerning these disputes, and the risk and expense associated with it, will cease,” wrote all three parties in a filing.

Remarkably, Levandowski even seems to have managed to get Uber and Google to help pay for the agreement that freed him. One clause in it notes: “The parties hereto will stipulate to allowance of an administrative claim of Levandowski, in his personal capacity, for payment of counsel fees in the negotiation of this Term Sheet in an amount not to exceed $30,000 (which amount is exclusive of the $25,000 previously advanced).”

Uber was potentially on the hook for the Google award because it had signed an indemnification agreement with Levandowski when the ride-sharing giant acquired his self-driving truck startup Otto in 2016. The agreement provided legal cover for Levandowski for his actions during and after his employment on Google’s autonomous vehicle program Chauffeur, which later spun out as Waymo.

These were later discovered to have included starting up a rival lidar company while at Google, removing technical data from the company, and wooing a number of engineers at Google to defect with him. Uber paid much of Levandowski’s legal costs during his criminal trial, but drew the line at footing the arbitration award, which clawed back the approximately $120 million Levandowski had earned while at Google, plus interest and lawyer’s fees.

Uber alleged that Levandowski had not shared all of his “bad acts” before joining the company, which could have invalidated the agreement. Levandowski, for his part, claimed that Uber knew he had retained copious amounts of technical information and solicited Googlers to leave with him, and indemnified him anyway.

A trial to decide Uber’s liability was due to begin in San Francisco today, with Levandowski planning to call high-profile witnesses including Uber founder Travis Kalanick and its former self-driving chief, now CEO of Carnegie Robotics, John Bares.

The bankruptcy case has not been without its own revelations. Court documents show that in the run up to filing for bankruptcy, Levandowski bought his fiancee a $25,000 engagement ring, invested $250,000 in her business, gave her a $130,000 Tesla, and made payments to her of over $300,000. He also sank more than $8.5 million into his newest self-driving truck startup, Pronto.ai. The filings detail Levandowski’s extensive holdings in real estate, investment funds, and businesses with family members.

At several points, Google’s lawyers were effectively working with Levandowski’s, as his success in holding Uber liable for the arbitration award seemed to represent the company’s best hope of getting paid.

The settlement agreement now calls for Levandowski’s estate to make its own payments to Google, amounting to at least $25 million, and up to $30 million if there are enough funds. Levandowski must also “represent and warrant” that he has not provided any more Google secrets or confidential information to anyone else, and in particular, to “Pronto.ai or any Pronto.ai-related entity.”

Pronto.ai recently launched a peer-to-peer telecom network powered by cryptocurrency, called Pollen. Pollen’s website shows that its initial release of devices was sold out, with Levandowski’s brother Max (who has worked with him at Otto, Uber and Pronto.ai) saying on LinkedIn that a new release of the hardware is planned.

Uber did not immediately respond to requests for comment on the settlement agreement. Google spokesperson José Castañeda wrote: “We can confirm that this matter has been resolved.”

Levandowski did not reply to messages either, but it is difficult to see the agreement as anything other than a victory for the engineer, who could soon be free to move ahead with his Pollen network unencumbered by costly, time-consuming lawsuits and outstanding debts.