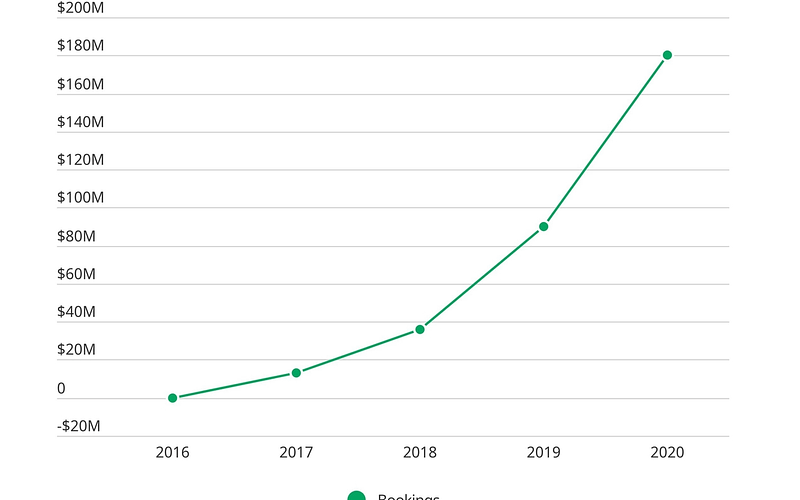 Language learning apps, like many educational technology platforms, soared when millions of students went home in response to safety concerns from the coronavirus pandemic. It makes sense: Everyone became an online learner in some capacity, and for non-frontline workers, each day became an opportunity to squeeze in a new skill (beyond sourdough).

So why not learn a new language in a low-lift way?

Language learning platforms, including Babbel, Drops and Duolingo, all have benefitted from quarantine boredom as shown by surges in their usage. However, success also depends on whether these same companies can turn that primetime interest into dollars and profit.

Von Ahn tells TechCrunch that Duolingo has hit 42 million monthly active users, up from 30 million in December 2019. The surge comes as new users are spending more time on the app in aggregate, for some of the reasons explained above. Duolingo has been steadily increasing in bookings over the past few years: 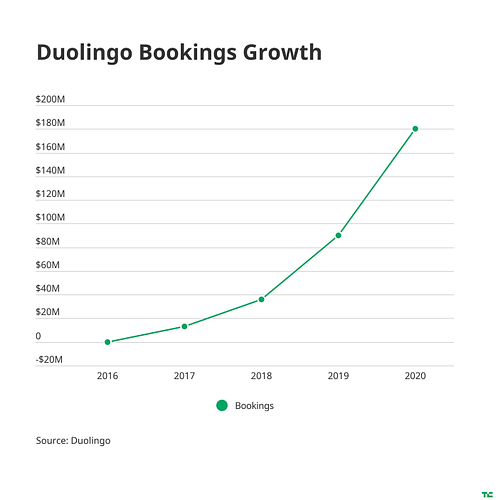 This year, Duolingo will hit $180 million in bookings, von Ahn estimates. The company discloses bookings as a proxy for revenue, because when someone purchases a subscription the app it is considered a “booking” until the completion of the subscription, when it becomes revenue.

While this growth is impressive, the most staggering metric that von Ahn revealed is that $180 million in bookings is only coming from 3% of its current users.