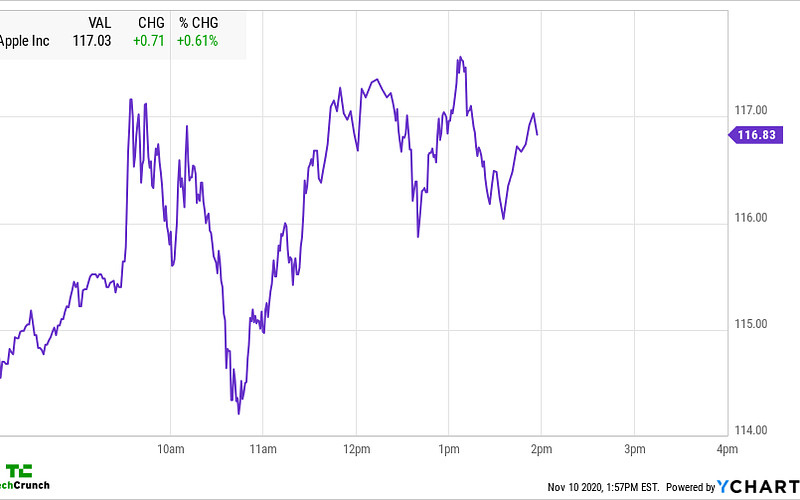 Worth $1,985 billion at the close of the show, Apple’s Mac event could not find that last $15 billion in market cap that it needed to crest the $2,000 billion mark, a market cap value more commonly referred to as $2 trillion.

Your watchful friends at TechCrunch not only kept tabs on Apple’s new M1 processor — more on that shortly — and the company’s refreshed line of laptops, but also its value, as the company spoke. Our question, each time Apple demands the world’s attention, is: Will what the company announces change how the market sees the company and, thus, how it is valued?

The answer is nearly always no. This has become perhaps more true as the company’s pace of new product line additions has slowed, and it has instead built increasingly large and expensive iPhones; it’s easier to model the latter than the former, so most product news feels baked into Apple’s value by the time we get around to actual demos.

Today was no exception, though I was curious going in. What if Apple announced lots of new computers running its own chips, as expected? Would the possibility of better gross margins on a chunk of its hardware revenues juice investor demand and its worth?

As it turns out, the answer was no. 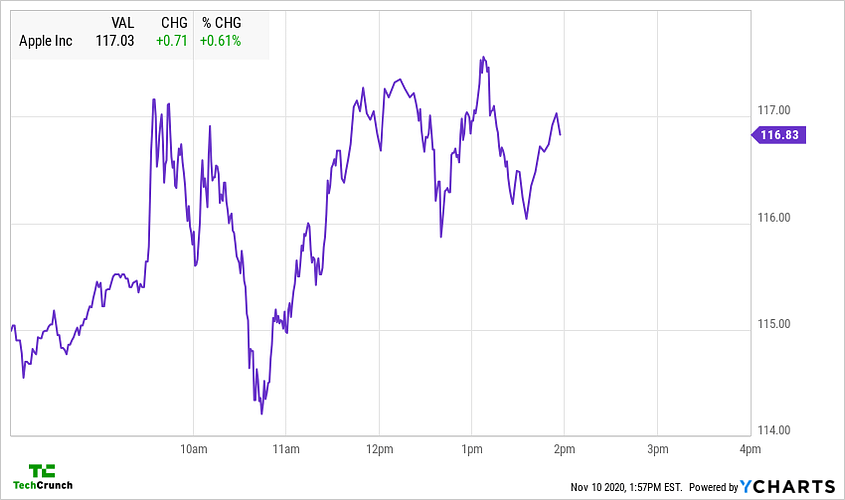 The Apple event began at 10 am Pacific time, or 1 pm in the above chart.

Apple’s value gyrated during the performance, initially rising some heading toward the new Macbook Air demo. Then its shares dropped, and the new Mac Mini could not stall the decline. The new Macbook Pro also appeared to have limited impact. By the time Apple CEO Tim Cook came back to the stage, the company was back in black on the day, which you can read any way you’d like.

Regardless of what you think about the M1 chip, Apple’s future as a bigger chip company, and the new computers from Cupertino, investors were unsurprised by the new product line — at best.

Which is more than we could say about Intel, which had a somewhat shit day starting just about when Apple rolled out its M1 tech:

Perhaps all the Apple investors who knew about the M1 news could have told the Intel investors to expect it. That would have saved Intel a bit of face.

Regardless, Apple’s holiday line appears to be established. Let’s see how it performs as global lockdowns once again become the norm. Perhaps it can reverse its recent revenue stagnation.